As you add your movies and TV series into Movienizer, the program can download information about them from the internet, including movie description, cast and crew, covers, shots, and other details. However, if your movies are stored as video files or DVD / Blu-ray copies, it is possible to add movies from files. As a result, you will be able to play such movies directly from Movienizer, create an illustrated catalog for Dune HD, Popcorn Hour, Google TV, WD TV hardware players / media centers, etc.

Among the advantages of having your video files cataloged in Movienizer is the ability to add shots of your favorite scenes instead of downloading random shots from the internet. This can be done with the built-in player.

To add a shot into your database, go to the movie page and start playing it with the built-in player (if you use an external player, switch to the built-in one while adding shots): 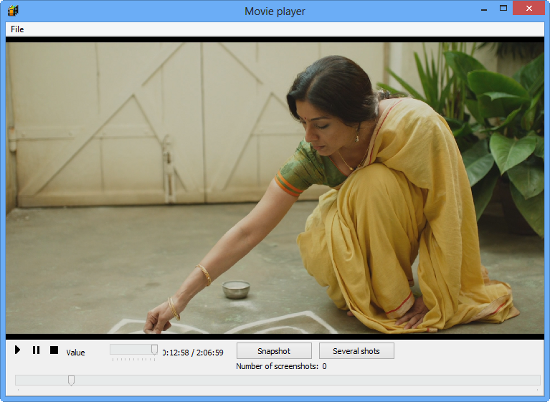 Use the track bar at the bottom of the player to search through the video. Click on the "Snapshot" button when an interesting scene is being shown. The shot will automatically be added to the movie information.

You can also let the player take several shots automatically, using the "Several shots" button. The program will make as many pictures as specified in the "Options" menu. Such shots are taken at random from the entire movie. 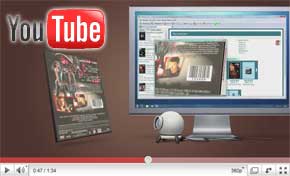